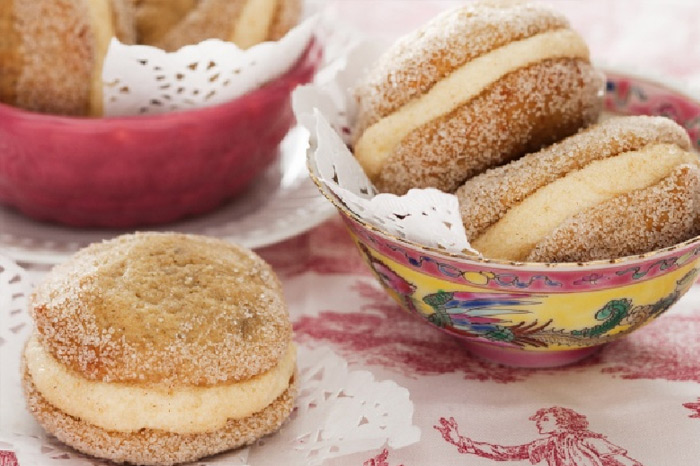 Step 2. Use an electric mixer to beat the butter and sugar in a medium bowl until pale and creamy. Add the egg and beat until well combined.

Step 4. Spoon level tablespoons of mixture onto the lined tray, 5cm apart. Bake 2 trays, swapping halfway through cooking, for 10 minutes or until puffed and golden. Set aside for 5 minutes to cool slightly before transferring to a wire rack to cool completely. Repeat with remaining trays.

Step 5. Meanwhile, to make the cinnamon cream cheese, use an electric mixer to beat the cream cheese and butter in a medium bowl until pale and creamy. Add the icing sugar and cinnamon and beat until well combined.

Step 6. Place whoopies, base-side up, on a clean work surface. Spread a little of the cream cheese mixture over the base of half the cakes. Sandwich with remaining cakes and place on oven trays.